About an hour later, the sun actually peaked out for the first time and turned the scenery into incredible orange colors. Snow and Ice covered peaks could be seen all around us and it was our first real sight on Antarctica, a moment that will stick in my memory for the rest of my life for sure. Slowly loosing the feeling in my hands, it was time to get out of the cold and warm up during the nice breakfast buffet. Finishing the breakfast, we had to change into our zodiac gear for the first time as our first landing to Pourquoi Pas harbour was up!

Most of the other people on board looked like they would climb Everest, being completely covered in at least three layers of clothes. Myself, on the other side, just equipped with my light weight trekking gear lead me to believe that it could get a bit cold out there.

At least I had three layers of socks to keep my feet warm while wearing the gummy boots they provided. Those would need to be cleaned before and after each zodiac landing as well, making sure that no bacteria would be put on Antarctica. Everyone was ready to go in their complete outfit, including a life west as well, when Anna suddenly made the announcement that our first zodiac landing would have to be cancelled. The weather did not permit a landing and there was too much ice to guarantee a safe trip in the boats.

Disappointed, we went back to our cabins to change into normal clothing again — waiting for lunch to be served. After we filled up our bellies once again, we would finally be able to get out in the zodiacs on our second attempt. The crew prepared three locations for us and we were split up in groups to reach them. My first stop was Wordie House, a shelter that was used by the brits during the second world war.

Inside, we could see original items from that time while outside, the penguins were curiously awaiting us. Antarctica boasts different kinds of penguins and the ones here were Gentoos. We also had seals hanging out, some of them which needed to be observed from a safe distance. Our crew members would make sure that none of the tourists would get too close.

Up next, the zodiac was waiting for us and ready to drop us off around the corner at the Ukrainian station Vernadsky. Handed over from the brits to Ukraine in , the station is populated with a few scientists, engaged in research about the High Atmosphere and the Ozone Layer, as well as biologists working on mosses, skuas and the underwater plants and plankton. Very interesting. The most southern souvenir shop in the world rounds up the package and we were headed back into the cold to the waiting zodiac boats. On our way back, the crew brought us close to some ice bergs floating around in the area.

I was familiar with oddly shaped ice bergs from my trip to Greenland, but seeing them in Antarctica was a bit more special. Unfortunately, the weather was not optimal this day and some sun light would have made the experience even better. We would still have some time here though and for now, I was really happy with what we saw. I really enjoyed the times in between our activities as well. Just hanging out in the lounge, reading a book or playing settlers II in my case or attempting a round of chess was a really nice contrast program of watching the incredible scenery around us.

I actually spent most of the time for the latter and would not really care how cold it was outside, but just like the rest, I would have to eventually retreat in the nice heated lounge or my cabin again to warm up. I quickly made friends with a few Germans and we would spent most of the meals together.

Talking about the meals, I have to say they were absolutely delicious and I could get as much as I wanted. Happy to have recovered from my upset stomach, I was now making full use of all those meals and fruits provided while wondering what the next day would have in store for us. It was a lovely sunny day in March with a lot of photos taken, actually forcing me to split it in two live updates. The first one will bring more penguins and seals, great Antarctic Landscapes and the British station of Port Lockroy, which was unfortunately closing down two weeks before our arrival.

A shame, because one of my friends from London was actually working there to sell postcards. I woke up at 8AM to get out on deck, observing the morning colours come up on the snow covered peaks around us.

The captain navigated us to Dorian Bay and the day promised to be a bit less cloudy than the one before. Before we would leave the ship, it was time for breakfast again.

Meaning of "Gipfelkreuz" in the German dictionary

My daily menu consisted of warm fresh waffles, croissants, eggs, bacon, toast, ham, cheese, butter, dulce de leche and a lot of different sorts of fruits. I actually uploaded a picture of that set as well, just because it was so damn good and it brings back memories : After everyone was filled up, we gathered at the Zodiac entry point of our ship and were brought to Wienke Island. The weather now was actually excellent, most of the clouds disappared and the sun was blazing down; I was in awe to see all the snow and ice around us in perfect white.

Everyone was really happy to witness Antarctica in these conditions while we were getting close to the wild-life packed Island. Despite the usual gentoo penguins and leopard seals, we also saw a Giant Petrels posing on Damoy Point. Those guys were pretty big and very busy eating dead penguins. The clouds actually came up again now, but it was still great to look down to the british station that usually sells postcards during the tourist season. We were just two weeks late sadly and I was not able to visit one of my climbing buddies from London, who worked there for the last months.

The setting of Port Lockroy is impressive: A few small huts situated on some tiny islands in front of a big peak and sourrounded by antarctic waters. The small slope on which we were standing was actually used as an runway for airplanes in the past. Heading back to the Zodiacs, we waved the penguins good bye and watched a leopard seal actually killing one of them in the water on the ride back to the ship. Next up on our agenda was Neko Harbour. 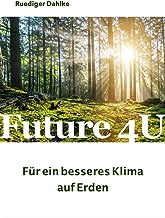 In order to get there, we had the pleasure of navigating through the Neumayer Channel. Everyone was standing outside to observe the landscape while the water produced perfect mirror images of the peaks around us. We had a clear blue sky now and the further we got into the channel, the more ice was sourrounding us. A few days later in cold conidtions here would have caused us some problems, according to the captain.

Aiming for Neko Harbour after the 25Km long Neumayer channel, we eventually turned into a large concentrated amount of sea ice, blocking our entrance. It was now and our first continental landing would have to wait a little bit longer as we were looking for another entry point. We would have our coldest day so far and be surrounded by at least 20 whales while attempting to strike another landing at Cuverville Island. After a lot of blue sky and sunshine in the last days, we were now surrounded by a thick layer of low hanging clouds, covering the icy peaks around us in mysteriously looking fog.

I really loved the atmosphere and it was a great contrast to the previous days. We could also spot some humpback whales in the distance, occasionally pressing out water through their blow hole, but sadly never really appearing over the surface. It was freezing cold this morning and thoughts of staying in the warm bed rather than waiting for the Zodiac to venture out into the cold Antarctic Ice were present, but obviously, never really pursued. On the beach, the Expedition Team briefed us on the main attractions to be taken that morning: One to walk north to overlook the entrance to the Errera and see the busy Gentoo rookeries there and then another at the opposite end of the beach to overlook icebergs and more penguins.